We use game testing data to identify the components that determine game performance at each resolution and settings level.

The chart below shows the relationship between 3DMark Time Spy Graphics score and average frame rate in Fortnite. Each orange dot shows the performance of a system tested by UL. 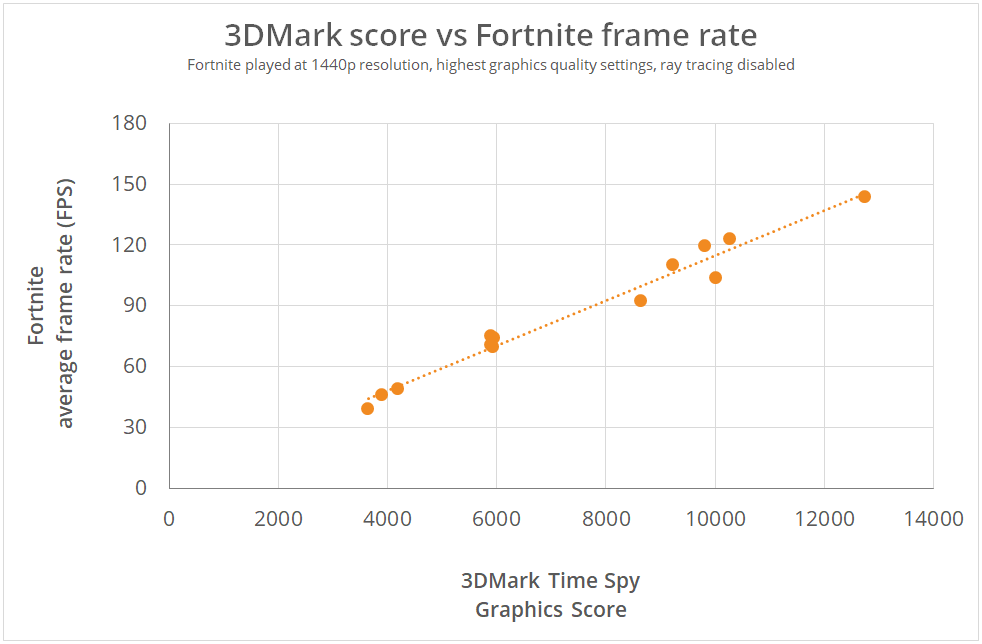 It’s these correlations that enable us to estimate game frame rates from 3DMark scores. 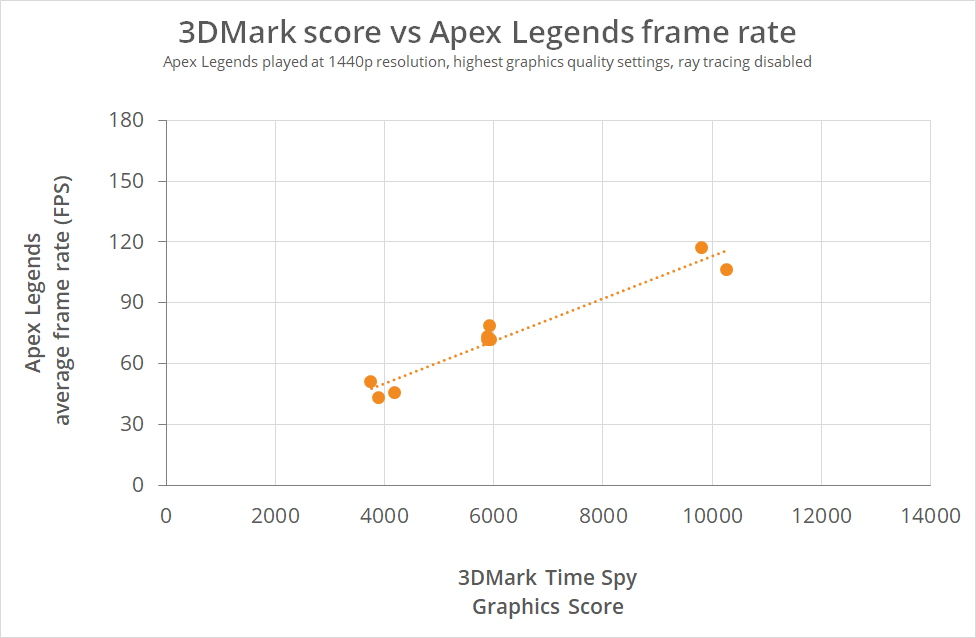 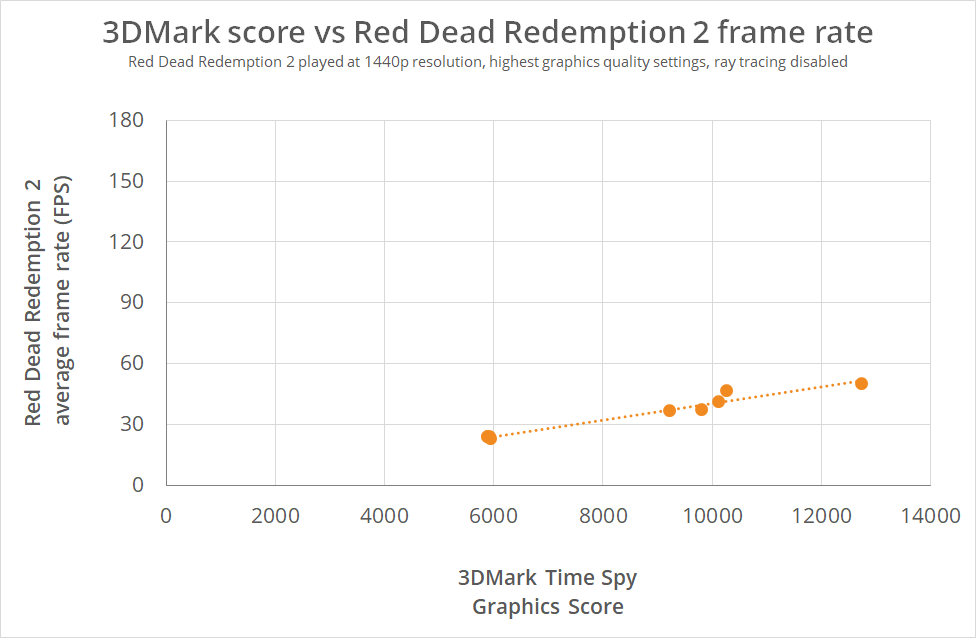 With older games, or when using a lower resolution and medium quality settings, the game frame rate may not scale with graphics performance. This is almost always a result of the CPU limiting the performance of the game.

To detect games that are bound by the CPU, our test matrix features systems that have different CPUs but the same GPU.

For CPU-limited games, we look for correlations between the game frame rate and CPU performance as measured by 3DMark CPU tests. As different games and game engines make use of CPU cores in different ways, this analysis is often more complex. It is performed separately for different CPU vendors and CPU core counts.

When estimating the performance of a game that can be limited by either the GPU or the CPU depending on the system, the performance levels of the CPU and GPU are estimated separately to determine the bottleneck. The lower of these two estimations is used to estimate the game frame rate for that specific configuration of CPU and GPU.

If a game does not support multi-GPU, the performance estimate is based on the equivalent single-GPU system.