Choose and install your tests

There are several benchmark tests in 3DMark. Each one is designed for a specific class of device.

The recommended benchmark for your device appears first. Swipe left to see other tests. Your device may not be compatible with some tests. It may also be too powerful for older tests.

To save storage space and minimize download times, you can choose which tests you want to install.

Tests that are not installed have a monochrome image. To install a test, tap the orange download icon. After a test is installed, its image is shown in full color.

You can uninstall individual tests on the Settings screen. You won't lose your scores if you later decide to uninstall a test to free up some storage space.

Some benchmarks have multiple versions. For example, Sling Shot Extreme has an OpenGL ES 3.1 version and a Vulkan version. Unlimited versions run off-screen. 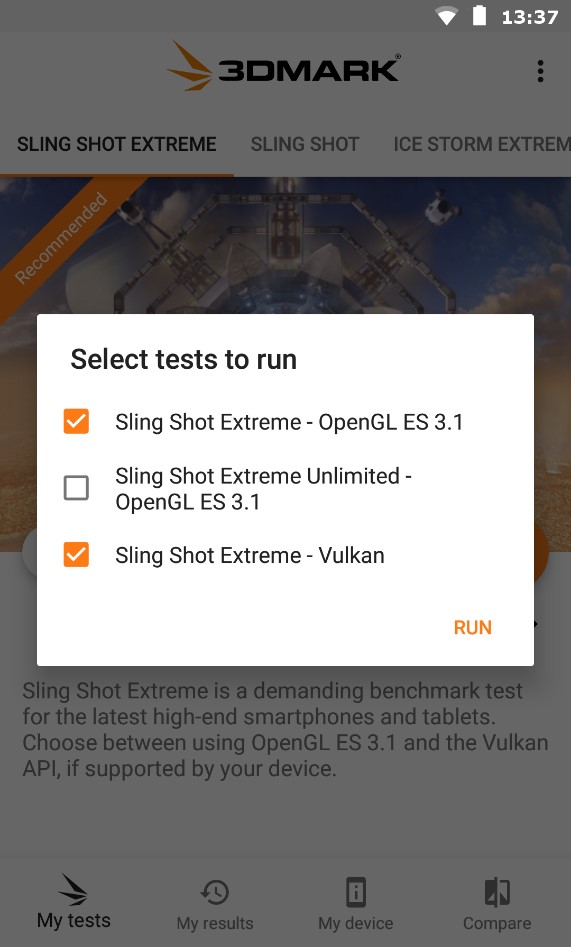 You can choose which version to run by tapping the icon on the left of the screen. Select a test, then start your benchmark run by tapping Run on this screen.